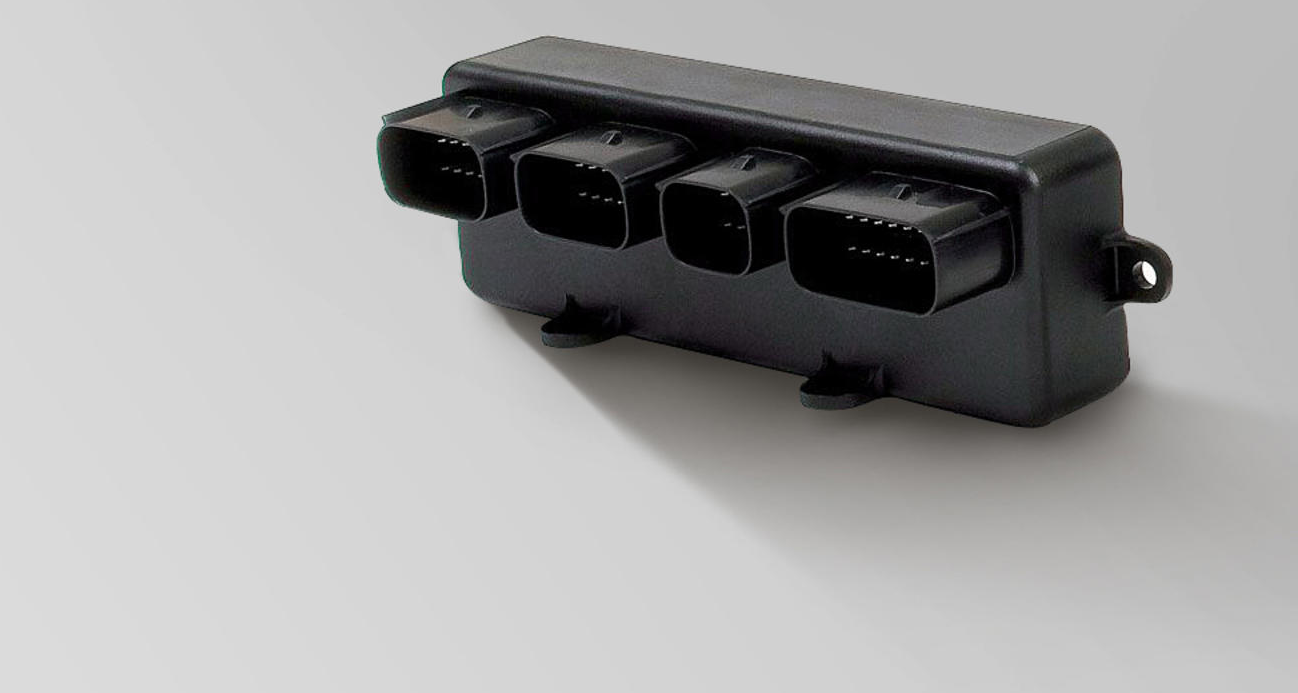 “We appreciate the kind of service 3D Systems’ On Demand Manufacturing provided us with,” said Reno Heon. “Not only was the process short and sweet, but we got a good value for our money! We made the right choice with 3D Systems”

AccuAir Control Systems, LLC was founded in 2001 by Reno and Dustin Heon. They set out to develop and manufacture the first Computerized Air Suspension Control System designed specifically for aftermarket vehicles. With 6 years of success under their belt, AccuAir has now set their sites on becoming a leader in the worldwide aftermarket suspension industry, along with increasing its diversity to supply their technology to Original Equipment Manufacturers.

The original AccuAir Precision Ride Height Control System had done the job for over 5 years. The main ECU Enclosure was aesthetically pleasing, yet very expensive to manufacture and offered no resistance to harsh weather environments. In order to reduce production cost and create a more robust and environmentally sealed Enclosure, the engineers at AccuAir set their sights on Injection Molding.
AccuAir needed the help of a company that would provide the direction to take them from a concept to production, while reducing lead time and cost. After offering a number of companies a chance to quote the project, 3D Systems On Demand Manufacturing was the first to respond (within twenty-four hours) and presented competitive pricing.

“We made the right choice quoting with 3D Systems,” said Reno. “I was impressed with the rapid response and how quick and easy the whole process was.”

Utilizing On Demand Manufacturing as the single source solution, AccuAir received not only rapid prototypes on a time crunch but also CNC parts with a production material and production tolerances. Within one weekend, AccuAir quoted, bought and had parts in hand.
After testing and making design modifications, working closely with an experienced 3D Systems engineer, AccuAir needed the same part in production material with the same tolerances of an Injection Mold Tool to verify mating fits. The solution was CNC Machining, and within a week AccuAir received the part allowing ample time for fitment confirmation and testing before an IM Tool was cut.
In less than eight weeks the entire process went from Rapid Prototyping, to redesign, to pre-production, through a final redesign, and finally to IM tooling. On Demand Manufacturing virtually cut cost and lead-time in half!

The expert team helped AccuAir achieve a cosmetically appealing, weather resistant, high quality production part. They accomplished this by helping improve the look, functionality and lead time of the parts all while keeping the bottom line as low as possible.
“We appreciate the kind of service 3D Systems provided us with,” said Reno. “Not only was the process short and sweet, but we got a good value for our money! We made the right choice with them.”