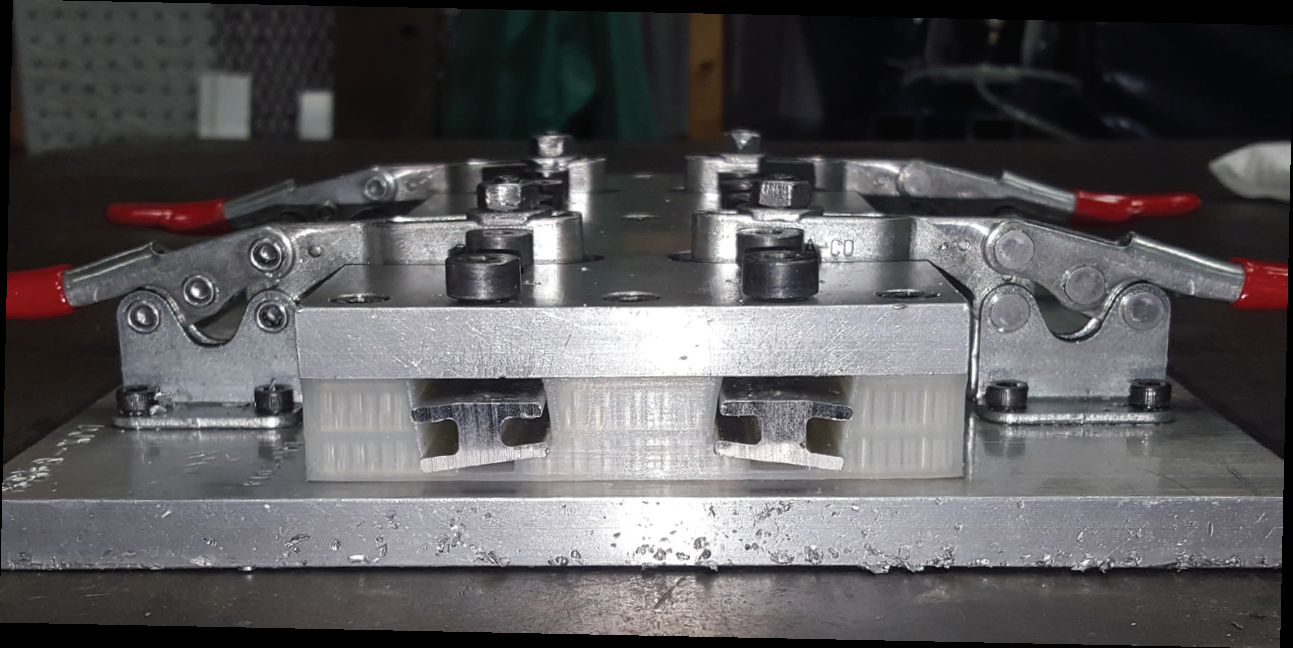 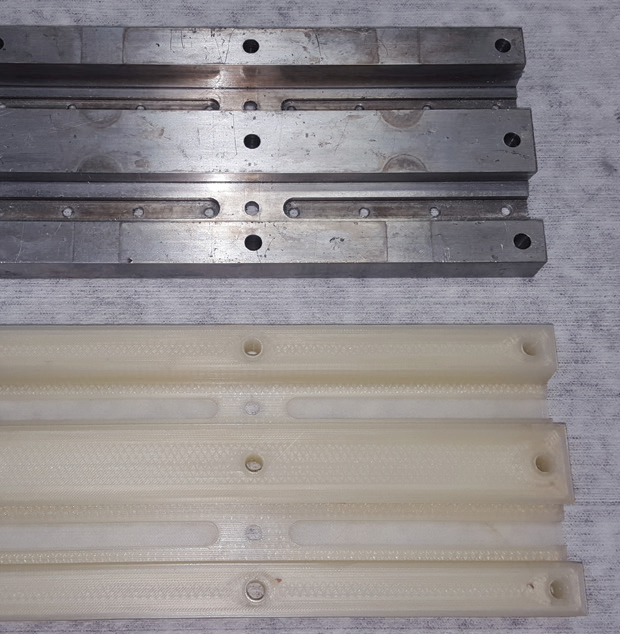 Walters knew Arow needed a prototyping machine, and upon discovering the Mark Two, realized its ability to fabricate precise, strong, and useful parts was exactly what they were missing from their prototyping stream.

The Mark Two has brought parts from $400 down to a few dollars, from two week lead times down to one night, and has changed the way Arow Global designs and fabricates their parts.

Windows and protective barriers for heavy grade coaches and buses make up the main product line of Arow Global, a Wisconsin based company specializing in transportation window systems. The company strives for design simplicity, robustness, and excellence to keep drivers and passengers safe and secure on the road. Joseph Walters, New Product Design engineer, searches for ways to improve and expand their product line, and with that comes the need to improve Arow Global’s prototyping stream to be a more cost effective process.

The company frequently works with aluminum and rubber extrusions that window panes end up sliding into, a process that can take lots of time and money to manufacture. “Currently we do a lot of extrusion work in terms of aluminum extrusions and rubber extrusions,” Walter described. “There’s no good way to do prototyping quickly without spending a couple hundred dollars for a four inch tall piece. Essentially what has be done you have to mill that out of a four inch tall block of aluminum with an EDM machine, and that takes 2 or 3 weeks to do… The last time I did a new latch design I had 6 prototype extrusions costing well over $1500 dollars.” Just testing new ideas was becoming costly, so Walters needed a new prototyping method: “Our company is always looking to be more cost effective, yet still produce a high quality product at the end of the day. That’s really what drove us to look at rapid prototyping machines.”

Walters was confident that some sort of rapid prototyping machine was necessary to improving their prototyping process. “When you do these profiles there’s a lot of guesswork. In terms of rubber, there is no good way currently to prototype rubber extrusions without paying the money to cut the die and get a couple samples in and then do a revision and work from there,” he explained. “With 3D printing, we’re able to do it all overnight…When you’re able to design it, print it, make changes to the design, print it again, make another change, and you’re able to do that very quickly, that’s what drove us to looking at 3D printers”. Because prototyping becomes costly every time you create a new iteration, and because of the nature of the parts Arow needed to make and test, a precise rapid prototyping technology was necessary.

In order to prototype properly, Walters was looking for a printer that could handle the wear and tear the end product would have to handle: “We wanted stuff that was useable, so we didn’t want to just basically have a Cube Pro that can do PLA and ABS, which are very brittle. That was one of our requirements and that’s when we found Markforged…the fact that you can inlay carbon fiber to create parts as strong as aluminum, that really sold us on it,” he explained. Once he discovered the Markforged printer through printer reseller Big Systems, Walters needed to convince the higher-ups that the investment would be worth it, which didn’t end up being a problem. “Overall just because of the excitement from the new technology and the fact that it’s paying for itself very very quickly, once we got the paperwork in order, the approval came very fast,” he explained. Because the Mark Two could vastly drop prototyping costs and lead time while it could increase both end product efficiency and production time meant that it could easily improve Arow Global’s design process.

After purchasing the Mark Two, Arow has been able to drastically improve their prototyping process. “With one project I’m working on, we actually have an aluminum profile with rubber inserts that would actually be snapped into place, so a piece of glass can slide on it,” explained Walters. “What we’re able to do with the Mark Two is really dial in some of the tolerances and also some of the features to make that snap fitting as simple as possible and easy as possible for the assemblers…before, a lot of that would have been based off of guess work and just sheer, gut instinct based on what had been done in the past.” Now with their Markforged printer, they can afford the time and money to go through many more rounds of prototyping than before. “But with the Mark Two,” Walters continued, “We’re able to go through that, test it, and then make the revisions, and do this with three or four revisions in a week whereas before you’d have to cut dies, which takes time and money….overall the printer has helped dramatically in terms of reducing wasted inventory with the material and reducing wasted time.”

The Mark Two at Arow Global has now shown its value in more ways than one. Apart from prototyping, the company has been using the printer to make manufacturing and assembly jigs as well. Walters described how it’s improved their process: “We’re able to take a part that would have costed $400, with 2.5 weeks lead time of machining from one of our local vendors- we printed it over the weekend at a fraction of the cost– and the manufacturing floor likes it just as much, if not a little better…and they’re using it to this day.” Some of their jigs have now been extensively used during the assembly process, nearing 1000 cycles: “We see no visible signs of wear on any of the nylon parts, and it adds the benefit of not scratching the parts that we’re producing, where with aluminum you can get scratching in the extrusion if one is a little harder than the other, but with nylon, that’s basically eliminated.”

Now Walters and Arow Global seek to expand the use of the Markforged printer to lower costs and reduce manufacturing and assembly time: “In terms of drill jigging we’re looking at basically rethinking how we can do drill jigs. Now we can do more complicated machining designs that we simply couldn’t do in the past because you can’t machine like that….with Markforged, because it’s an additive, not subtractive machine, we don’t have to worry about that.” The Mark Two has allowed them to simplify and expand prototyping, and provides the ability to rethink their design and manufacturing capabilities in more ways than one.