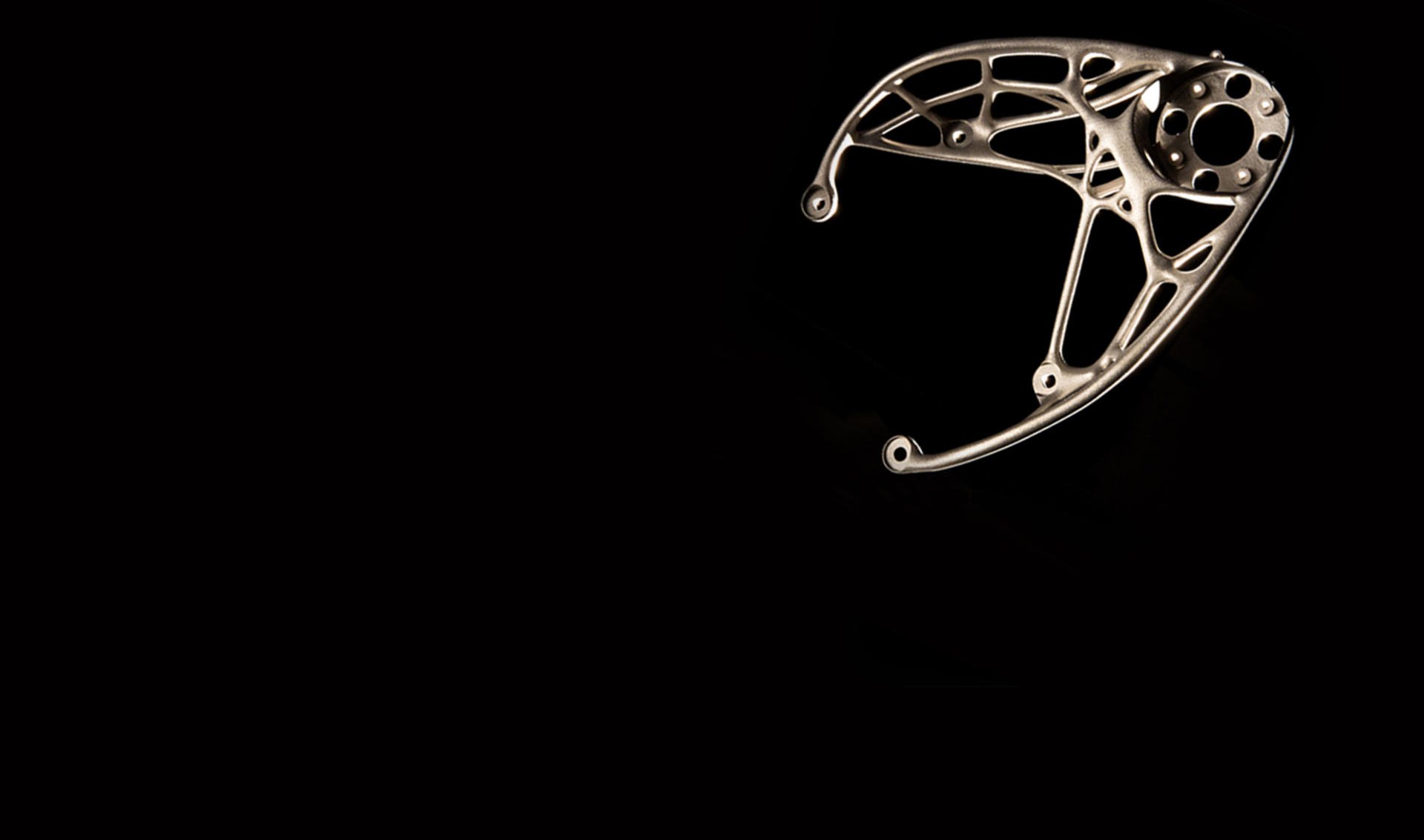 Each bracket mounted on the antenna required a unique topologically optimized design for lower weight without sacrificing strength.

Thales Alenia and 3D Systems Use DMP for Better Bracket

Direct-metal-printed brackets are 25-percent lighter, have a better stiffness-to-weight ratio, and can be manufactured in half the time it would take with a traditional process.

In his best-selling 2000 book, Malcolm Gladwell defines a tipping point as “the moment of critical mass, the threshold, the boiling point.”

By that definition, direct metal printing (DMP) is standing on the precipice, as it moves rapidly from prototyping to production for mission-critical, risk-averse applications in defense and aerospace, where nothing is left to chance.

An example of this mainstream acceptance is a long-term partnership between 3D Systems and Thales Alenia Space to leverage DMP for aerospace components.

Thales Alenia Space, based in Toulouse, France, is one of the leading aerospace suppliers in the world, with revenues topping 2 billion Euros in 2014. The company has 7,500 employees in eight countries, specializing in space telecommunications, navigation, Earth observation, exploration and orbital infrastructures.

Thales Alenia Space worked with the 3D Systems’ On Demand Manufacturing team in Belgium to design and print the LaserForm Ti Gr5 (A) brackets and guarantee that all quality aspects and tolerances were met.

Thales Alenia Space and 3D Systems worked together to apply topological optimization to the 3D printing process following a design for manufacturability approach. Topological optimization determines the most-efficient material layout to meet the exact performance specifications of a part. It takes into consideration the given space allowed, loads that need to be handled, boundary conditions and other critical engineering factors.

Each of the four brackets for the satellite required an individualized design, as they are mounted on the antenna’s reflector edges and screwed onto a shaped surface.

The antenna brackets were produced by 3D Systems on 3D Systems’ ProX DMP 320 machine. The ProX DMP 320 is designed for heavy-duty metal parts production. It uses a totally new architecture that simplifies set-up and provides the versatility to produce all types of part geometries in titanium (grades 1, 5 and 23), nickel super alloy and Stainless 316L.

Extremely low O2 levels in the ProX DMP 320 deliver several key benefits, including better conservation of powder quality, no micro oxidation of parts during printing, fewer oxide interstitials during printing, and improved mechanical properties for O2-sensitive alloys such as titanium.

Better parts in half the time

The combination of 3D Systems’ expertise and the advanced capabilities of the ProX DMP 320 delivered exactly what Thales Alenia Space needed in about half the time it would have taken with traditional manufacturing.

The DMP-produced titanium brackets are 25-percent lighter than brackets manufactured by traditional means and feature a better stiffness-to-weight ratio.

Antenna fixation brackets for satellites is just the beginning of the DMP collaboration between 3D Systems and Thales Alenia Space. In 2015, 3D Systems produced more than 50 different space components for three Thales Alenia Space geostationary satcoms. Thales Alenia expects to double the production in 2016 using DMP from 3D Systems, according to Florent Lebrun, an additive manufacturing specialist for antenna applications.

The collaboration between 3D Systems and Thales Alenia Space is emblematic of the accelerating adoption of DMP by defense and aerospace organizations worldwide. It appears to be just a matter of time before DMP takes its mainstream place alongside the traditional metal manufacturing processes that it complements.